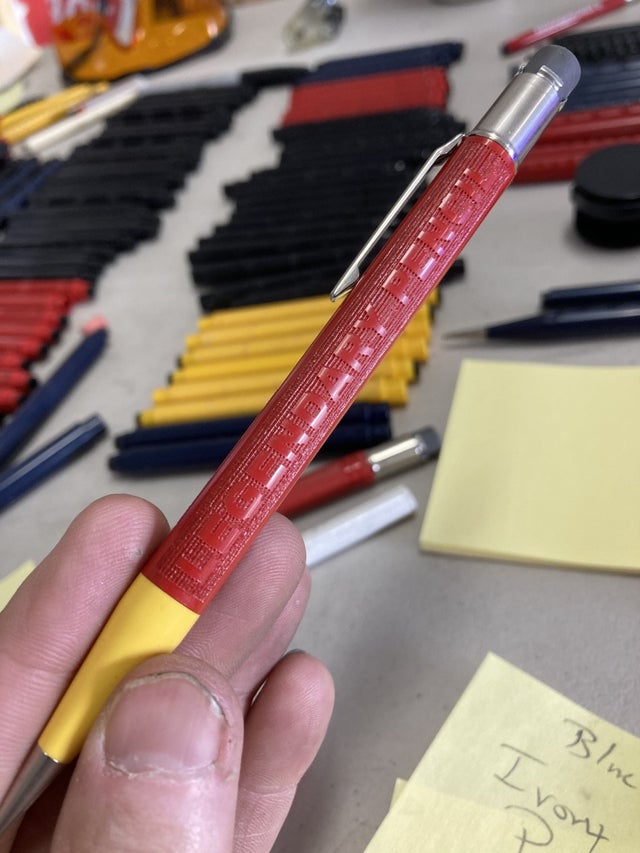 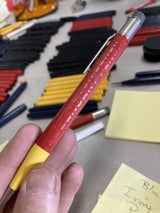 "Brocading" was a process of creating lettering on a chased background by omitting the chasing. The Conklin Pen Company was best-known for the style in the late teens and early 1920s, after which brocading became a lost art - until now.

We are pleased to offer custom brocaded pencils on two panels, with your choice of lettering on either side; for $235, we will set up your lettering and provide 10 pencils; additional pencils can also be offered for $20 apiece.

Available in red only.

We have refills in a wide variety of grades and colors, and spare erasers to last for years.