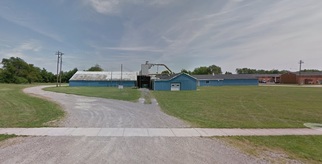 None of these leads are made in the United States anymore.  Cheap imports, combined with domestic environmental restrictions, have wiped out the American mechanical pencil lead industry in its entirety.  You might be able to find some of the sizes Panda made -- but you won't find any made in the USA.

By the spring of 2022, the Legendary Lead Company had gained a significant following, and Veley's efforts as an author were being recognized; his 2019 book, A Century of Autopoint, won Best Design for a non-fiction book in the Next Generation Indie Book Awards.

The success of Veley's book about the Autopoint Company had consequences far beyond his interests in industrial history and collecting vintage pencils.  Unbeknownst to Veley, the Autopoint Company (Autopoint-Janesville, Inc. by that time) was in the process of failing just as the book was being published.  Autopoint defaulted in its rent payments, and the owner of Autopoint's factory was forced to evict the company. Autopoint negotiated more time within which to sell the company's stock, parts and machinery, but was unable to do so.  The entire works was left behind.

The owners of the building researched who might have interest in these assets, and before long they made contact with the man who literally wrote the book about the company. In May, 2022, The Legendary Pencil Company, LLC was formally organized to acquire the failed Autopoint's assets, and by late June 2022, Legendary Pencil began manufacturing pencils using NOS parts on hand, and with an entirely different business model.

"Your pencil should be more.  Make art with a piece of art," the company's first advertisement read.  Made in the USA, Legendary Pencils are unique in the industry, combining modern convenience and proven reliability with classic designs not found anywhere else.
​