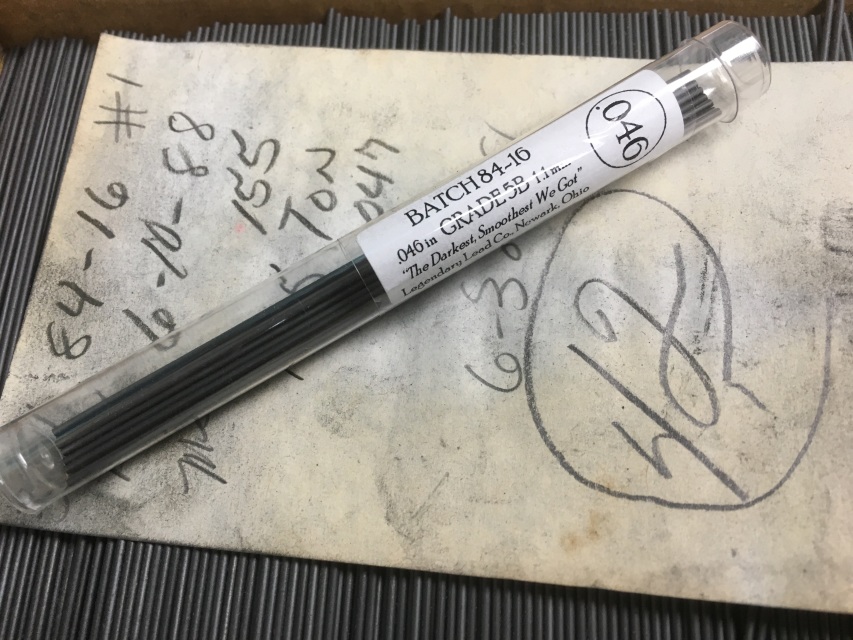 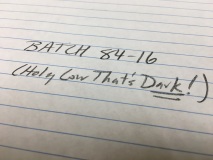 Amongst the hundreds of boxes in the Panda Pencil's archives was a small, unmarked box containing a few hundred gross of 4" long leads in the standard .046 inch diameter. The only identifying marks were the batch number -- 84-16 -- and the date of production in June, 1988. We put one in a pencil to see what it would do . . . and wow.​ We've graded it conservatively at 5B, but it might be even softer than that, and it's the smoothest, darkest lead we've seen. It flows onto the page almost like ink!

​We packaged a trial batch for the 2017 Ohio Show, bringing twice as much of it as we bring in any other grade -- and everyone who tried it said "wow" too (we sold out on Saturday). That settled it -- we've added it to the permanent rotation, for as long as it lasts!

The original box of 4-inchers has since been exhausted, but we have now found several boxes of "CX-22" leads from that same batch, but in 3 1/2" length.