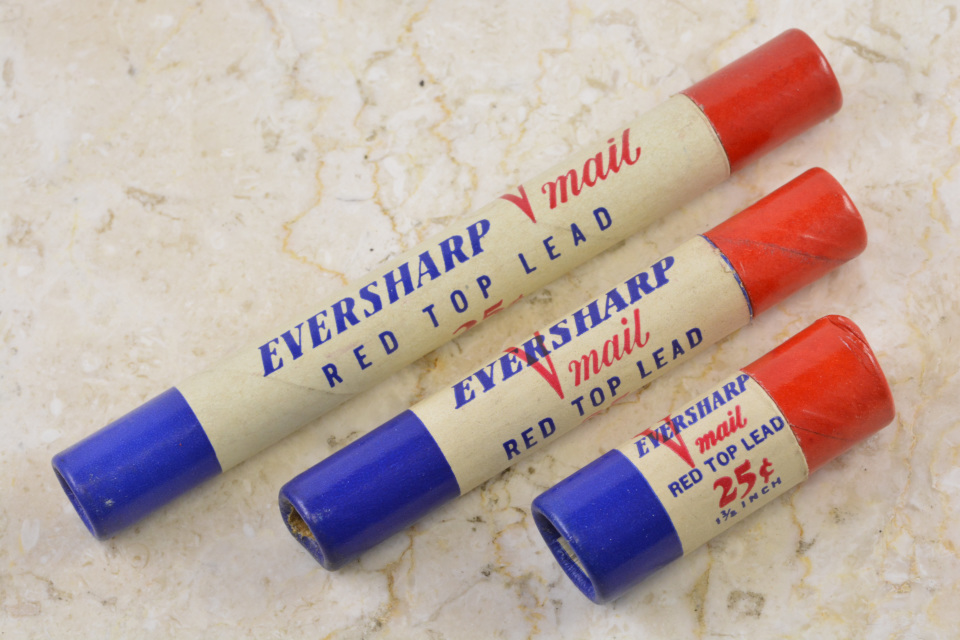 VMail was introduced during World War II. In order to transport mail to troops over seas more efficiently, to send a letter you would write on special standardized stationary with "VMail lead" -- the letter would be photographed and microfilmed, then microfilms containing thousands of letters would be sent overseas, where they would be reproduced and distributed.

It doesn't appear that the lead was any unique formulation - it was just soft enough to create a dark line better able to be photographed.